A little known part of the 30 Years War 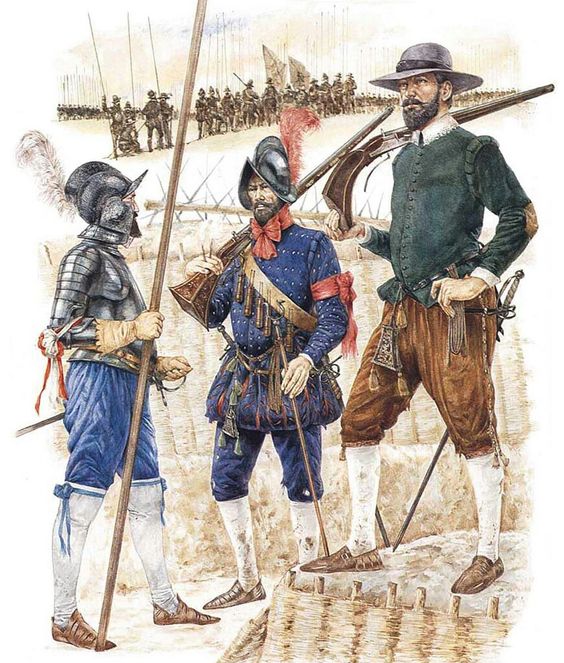 An interesting campaign with anything from border clashes and therefore skirmish actions to full blow battles over an extended period. From the first pitched Battle of Montijo (26 May 1644) to the final Battle of Montes Claros (17 June 1665) the Portuguese 'held off' and finally defeated the Spanish forces.

Portugal throughout the War (and the Treaty of Westphalia peace  negotiations was largely ignored by its potential allies (primarily France, having a border with Spain) but was supported by England who provided a significant veteran force force under the Duke of Schomberg in the later period of the war.

Total forces available to either side frequently never exceeded 20,000 men and the Spanish in particular suffered from a lack of military leadership (at least in this part of a far-flung Empire). The Battle of Montijo had around 4 - 5,000 combatants on each side with later battles, following the ending of the end of the Thirty Years War (1618 - 48) forces on both sides increased.

The Portuguese Army
Forces were standard for the time with a mix of Infantry (Musketeers & Pikes) and used the Iberian term 'terço' (otherwise known as a 'regiment'), Cavalry (Arquebusiers & Cuirassiers [note: some foreign units were Dragoons]) Companies (occasionally formed into 'Battle Groups' (or 'troços')  & Artillery.

Infantry
Initially the Portuguese Forces were depleted militia and a new military organisation had to be built from scratch.
Ten new 1st Line Infantry Regiments were formed (further increased by another 10) which were supplemented by the same number of:
2nd Line Auxilary (Reserve) Regiments and backed up by the:
3rd Line Militia units (made up of the rebuilt Ordenanças), initially grouped into regional Companies of 250 men they were later formerly banded into 25 regional Regiments.

Nominal strengths of 1st & 2nd Line Regiments was 2,000 men split into 10 equal Companies. This is unlikely to be sustainable but the Regiments could be expected to attain a 60 - 70% of those figures, prior to battle casualties and perhaps lower during periods of active campaigning.

The split between muskets & pike is likely to be 2:1 with the Ordenanças being between 2:3 and 1:1 except the Lisbon Terços who probably had access to the better equipment and were organised differently to the other Ordenanças.

Cavalry
Up to 60 Companies of Cavalry (probably nominally broken down as follows):
25 - 33% Cuirassiers ('armoured' cavalry wearing a range of armour from full plate to very little - true Curiassiers being a rarity by 1641)
67 - 75% Arqubusiers (mounted 'Musketeers' using the shorter carbine - again to some extent a rarity in Central Europe by 1641)
It is quite possible that these two terms were both archaic & generic with a mix of armour & weaponry subject to the regulations laid down by Company Commanders, personal wealth & military booty.

Artillery
Artillery seems to be ad hoc formations but present in all battles. It also seems to have been well-led, trained and formidable (this could be partially due to the Iberian terrain where properly sited guns can be devastating - conversely poorly-sited guns can be virtually useless except at close range).