Ok so firstly for a bit of wargaming background on the reviewer. I started playing ancients using the venerable WRG 6th Edition rules and moved onto WRG's 7th Edition and finally DBA. 6th Edition was missing something (alternatively it was too heavily weapon-orientated, something that 7th Edition tried to break free of.... but didn't quite get anywhere in the end). Then we had a gap, figures gathered dust and despite local club attempts to revive the genre nothing seemed good enough. Then we had a plethora of new rule sets which were eagerly bought, eagerly play-tested and again never really satisfied anyone (and indeed worse at times). Time for a new set that maybe will be good enough.....

So, having pondered in good wargamer-style for some years I took the chance and purchased a copy of Basic Impetus 2.0 on Wargames Vault specifically because I could get it in pdf format. Why? Well so I could dissect & digest the rules and it allowed me to make the army generation (from a plethora of armies) more user-friendly as a bonus.

So how did the play-testing go? Slow at first it has to be said but with an evolving QRS produced it was easier to ensure that all the intricacies in the rules were followed. Overall the rules handled pretty well and generated a good game that was playable in a few hours. However whilst the play did generally make a lot of sense, and combat quite tense, we did feel that something wasn't quite right with the omission of counter-charges in particular. We aren't sure why they were omitted but we added one of a few new unofficial optional rules to cope. We've included them in our QRS (that we've cheekily called 3.0). There wasn't perhaps the full set of background rules found in the WRG Rules (but we've also covered most of that with a few more unofficial optional rules and extra Ace In The Hole cards). We've included those both below.

Overall a good set of rules (and certainly above the chaff) with inclusive army lists (with clever variations) makes this a rules set to try out. Available from their website or in personalised pdf from Wargames Vault we would, overall, so far recommend it. But it is early days and we are yet to have the inevitable pike vs legionnaire clash (let alone, heaven-forbid, two out-of-period armies). 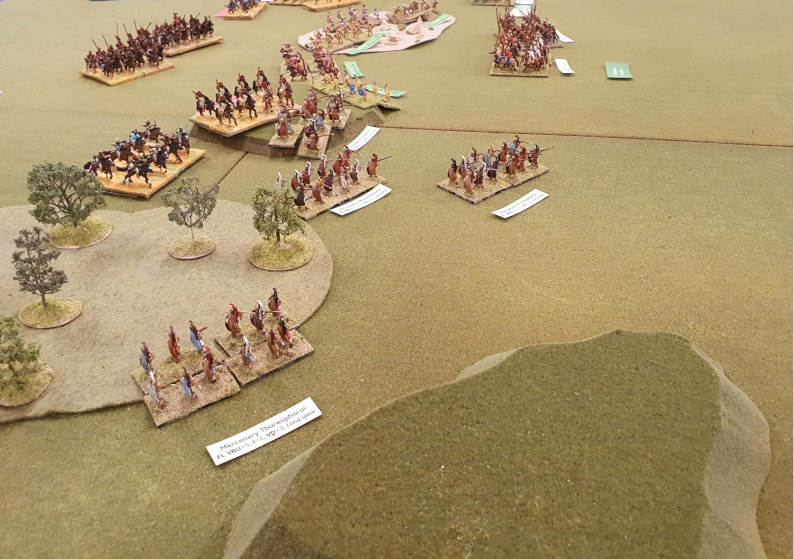 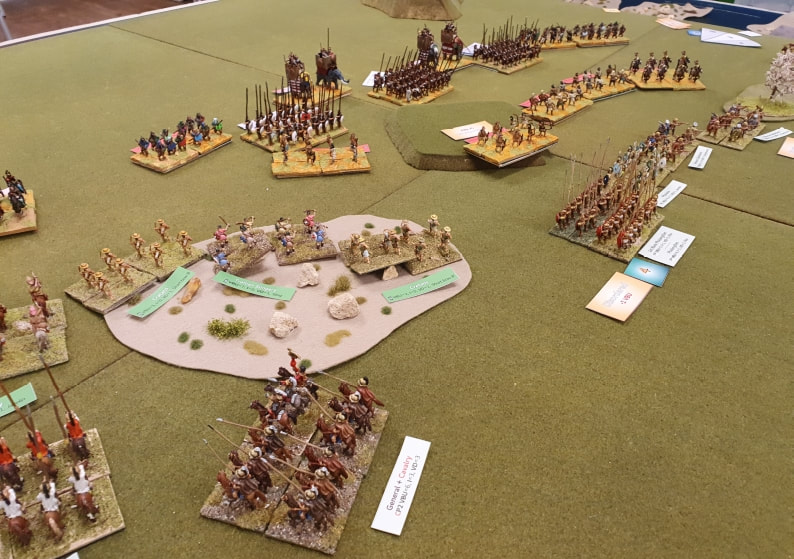 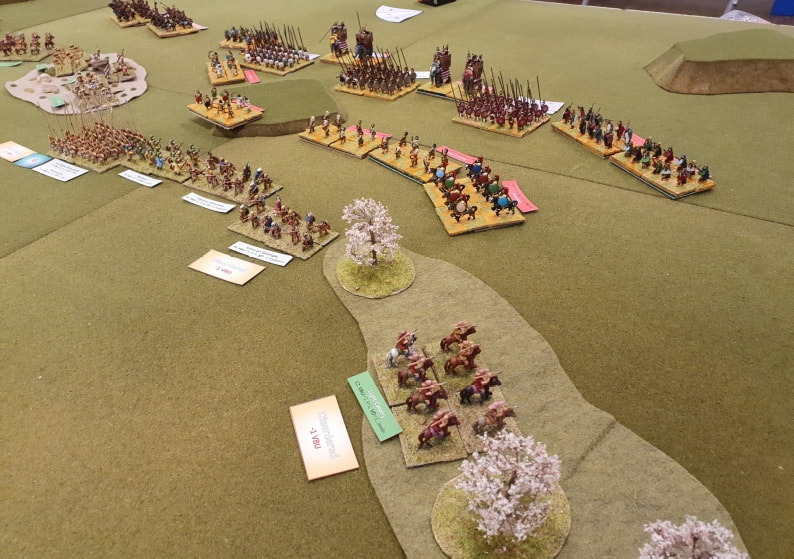 And from our Blog page here is our latest Quick Reference Sheet with an optional (and on trial) version with revised Cohesion Test rules (we think they are simpler & give a better game): -