of WW2 in the Atlantic and Pacific Oceans 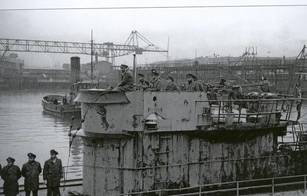 The Second World War was not precipitated by a single event. By 1939 (Germany) and 1941 (Japan), the possibility for world-wide conflict in which United States would be an adversary certainly existed and was apparent to the leadership and planners of these respective nations.

There is sufficient evidence to support that both were aware of the industrial potential of the United States. Yet neither Germany nor Japan fully appreciated the magnitude of the American mobilization capacity nor anticipated it's sustained will once provoked. There is ample evidence that German Naval leaders addressed the four operational questions. They were, however, ignored by their command authority.

For German planners (in 1939) to expect that Britain would remain out of a European fray that would threaten Britain's national interest was extremely short-sighted. To fail to plan and carry out a dedicated campaign to remove that obstacle was disastrous to the German war effort. To win in Europe, Germany had to defeat Britain. To defeat Britain, Germany had to force Britain to its' knees economically before the United States could mobilize and enter the war in active support to Britain. Once the United States entered the war, Germany needed to do everything in its' power to keep the U.S. war effort from reaching European shores. To do all of this, Germany had to concentrate its' efforts on the U-boat campaign in the Atlantic. Yet the U-boat effort was a case of too little, too late. By failing to mass against England, Germany failed in its' other endeavours.

In the Pacific, Japan's unfathomable neglect of the submarine threat and lack of attention to the merchant fleet on which the nation survived placed them in a no-win situation from the outset. The euphoria of empire building caused them to ignore the four basic questions until it was too late. Despite downsizing, the United States can still present a significant submarine threat -- yet few potential conflicts involve interdiction of sea lines of communication of our adversaries. On the other hand, the emergence of no-traditional naval powers as submarine threats presents a significant challenge to U.S. planners. The U.S. can ill-afford wholesale losses of its' merchant shipping to submarines and the ability to replace such losses expeditiously is rapidly waning.

Extracted from:
"THE EFFECTS OF THE WORLD WAR II SUBMARINE CAMPAIGNS OF GERMANY AND THE UNITED STATES - A COMPARATIVE ANALYSIS" - 15th May 1944

Submarine Combat Ranges
How far did submarines travel operationally? You'd be surprised...... if I said a late-war German Uboat (U862 to be precise) entered a New Zealand harbour in search of suitable targets would you be surprised? Here's the full story..... just click on U862 on the right!


The first submerged Submarine vs Submarine combat!
German Transport boat was U-864, a Type IXD2 sailed from Norway on February 5 1945, but was sunk en route on February 9 1945 in the North Sea by British submarine, the HMS Venturer. The engagement took place underwater and is the only known engagement in which both submarines were fully submerged throughout.